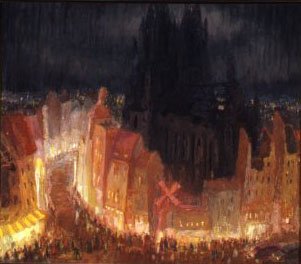 In the dark background of this painting, the hulking remnants of the Nikolaikirche (St. Nicholas' Church) of Hamburg are visible. The church was largely destroyed during the Allied bombing of Hamburg during World War II. In 1948, my father was in Hamburg when the street lights of the city were due to be brought back. He decided to view this special event from above and climbed a nearby church tower to record the celebration with pen and pencil. When the lights came on, he told me, “the feeling in the air resembled something like New Year’s Eve.” He documented a view of the city’s lights on sketchpaper that night and later created this painting at the displaced persons camp where he lived. After this moment, he felt that there was a renewed sense of hope in the air. He would still have to wait three years before he could immigrate with his family to the United States. 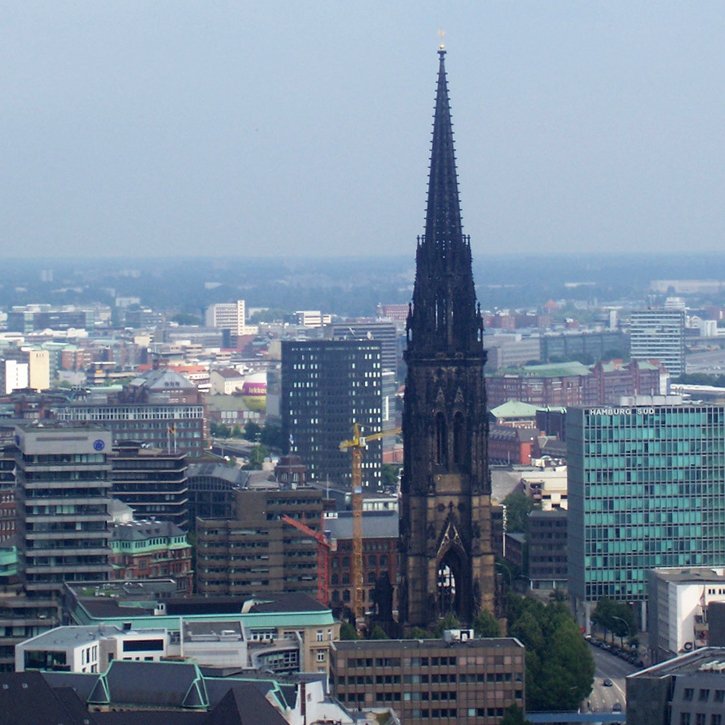 Present-day view of the Nikolaikirche from the tower of Michaelikirche, the church Dajevskis climbed to make his sketches. Photo courtesy Timo Heuer.
next stop