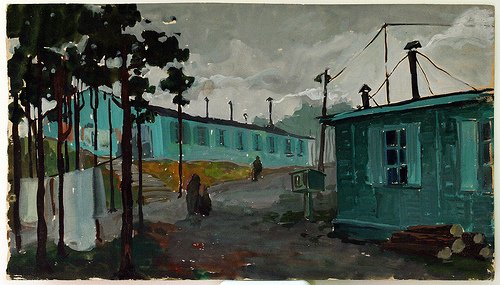 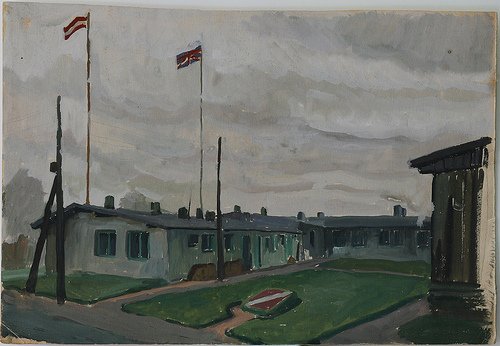 In these outdoor studies, my father depicts one of the refugee camps in which my dad, my mother and I lived for some time during the late 1940s. This refugee camp at Augustdorf was administered by British military authorities. It was typical of hundreds of others across the Allied occupation zones of western Germany—a holding place for some of the millions stranded as a result of the war. My family lived in this camp along with thousands of other fellow Latvian refugees waiting for the United Nations Relief and Rehabilitation Administration (UNRRA) and later the International Refugee Organization (IRO) to offer opportunities for families to find new homes and new lives in the United States, Canada, England, Australia and South America. These buildings, former German military barracks, represent the reality of daily life for millions over the course of more than six years. 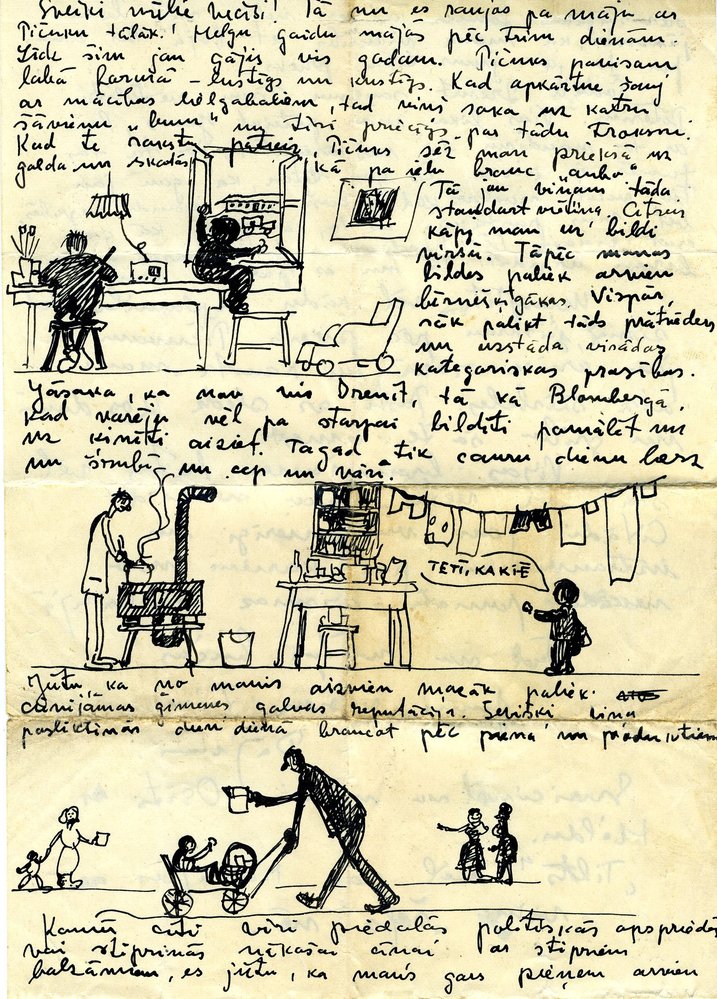 Letter to friends written by my father, c.1949-50. In it, he describes caring for his young son Peteris, and going about daily life in the DP camp. In the bottom drawing, he takes his son to get their ration of milk.
next stop