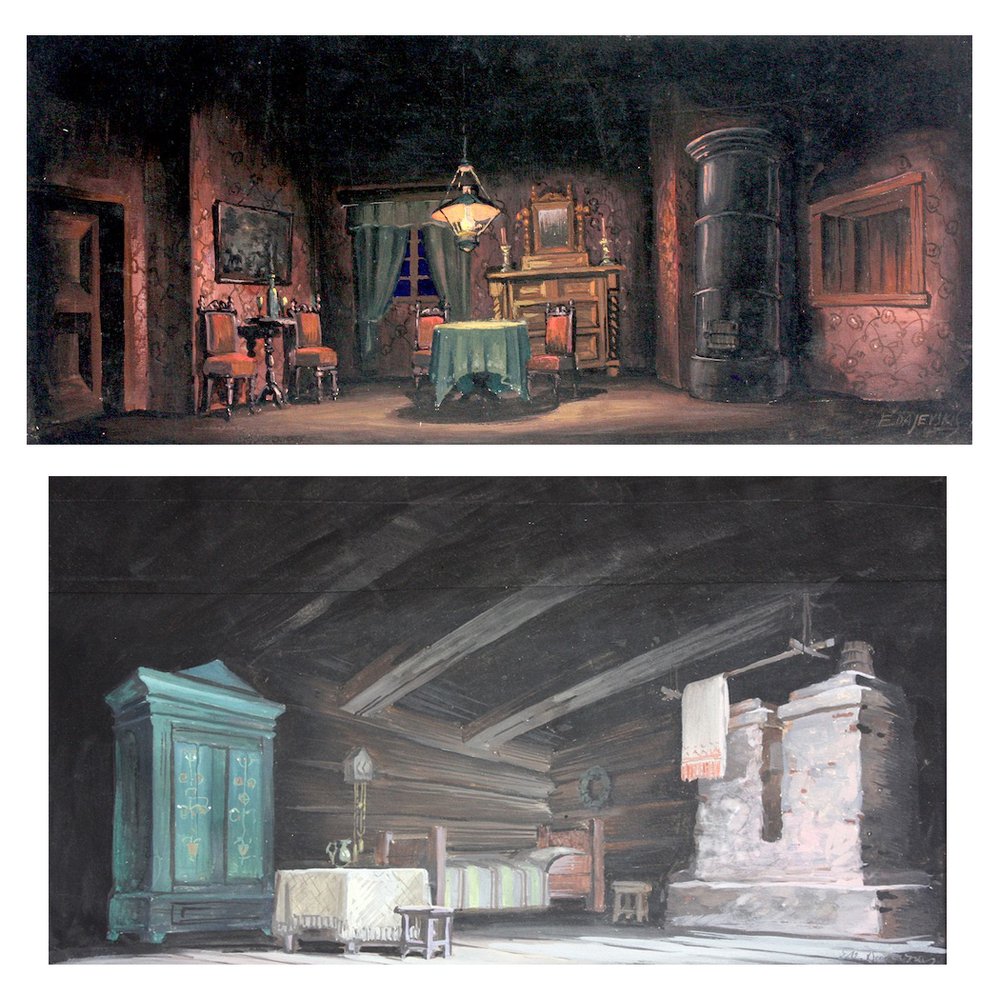 In addition to plays by the classic playwrights like Molière, Shakespeare and Schiller, the Latvian Theater of Meerbeck performed works by a number of Latvian playwrights. One notable production was Rudolfs Blaumanis’ play The Prodigal Son, written in 1893. In this play Blaumanis examines complex themes relating to family relationships, such as marriage as a solution for social mobility and resolving financial problems, and the role money plays in making life choices. The Meerbeck company made it policy to produce plays originally written in Latvian which reflected familiar settings from the homeland. The sets my father designed for these productions took audiences back to the country settings and familiar agrarian contexts that Blaumanis' dramatic works interpreted—and that the refugees had left behind.