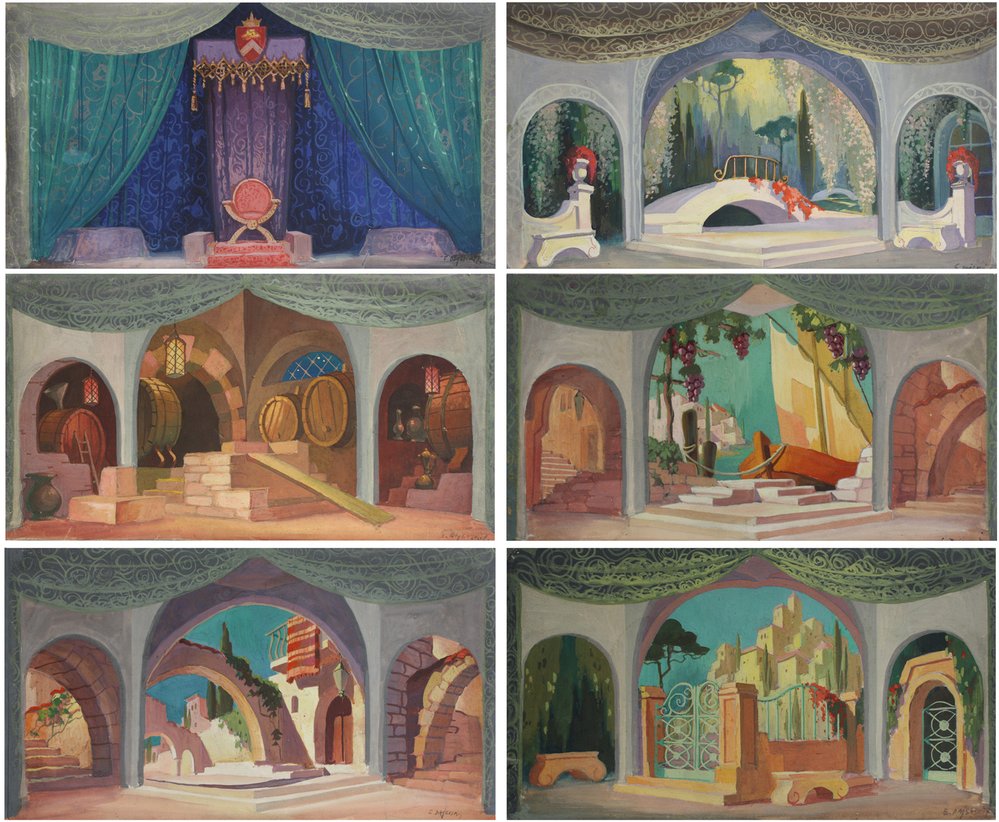 Given the uncertainties of the political environment in the postwar era and the ambiguity of the future, the theater company’s performances were a welcome bit of relief from the challenges of daily life as a refugee. The company's production of Twelfth Night became particularly legendary during this era. Performances sold out because production values were very high. Featuring well-known actors from the National Theater and the Dailes Theater and musical scores composed by members of the Latvian Conservatory of Music, Twelfth Night brought rave reviews for the Meerbeck Theater Company. The play was performed for officers of the British Army, who were delighted to see Shakespeare being performed in the unlikely context of a displaced persons camp. While the performances were in Latvian, the plot was perfectly familiar to the officers and thus needed no translation. Word spread of the quality of the show and eventually a performance of this production was filmed by the BBC. The theater not only had entertainment value; it also served as a public relations tool for the Latvian refugee community. The work bought goodwill from the British authorities. The British Army offered the community opportunities to produce large Latvian and Baltic arts festivals at the headquarters of the British Army of the Rhine, in Bad Oeynhausen. The bright colors in my father’s designs for the production reflect the light, playful atmosphere he created for Shakespeare’s delightful comedy. 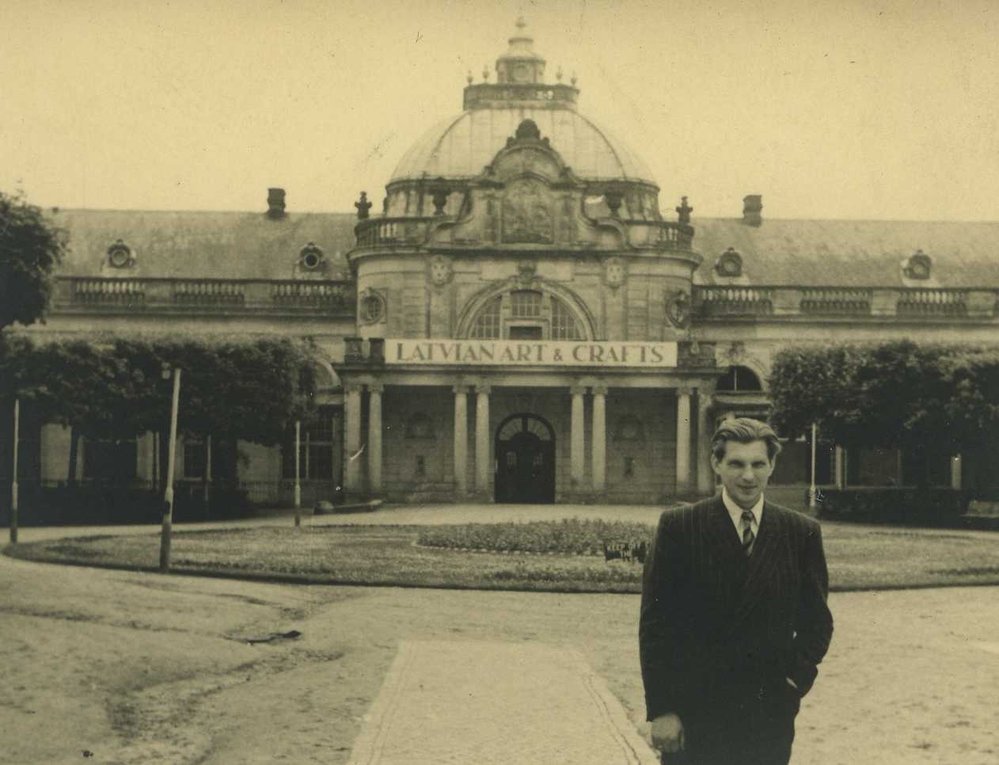 Dajevskis in front of the Latvian Arts & Crafts Exhibition at Bad Oeynhausen, 1948.
next stop