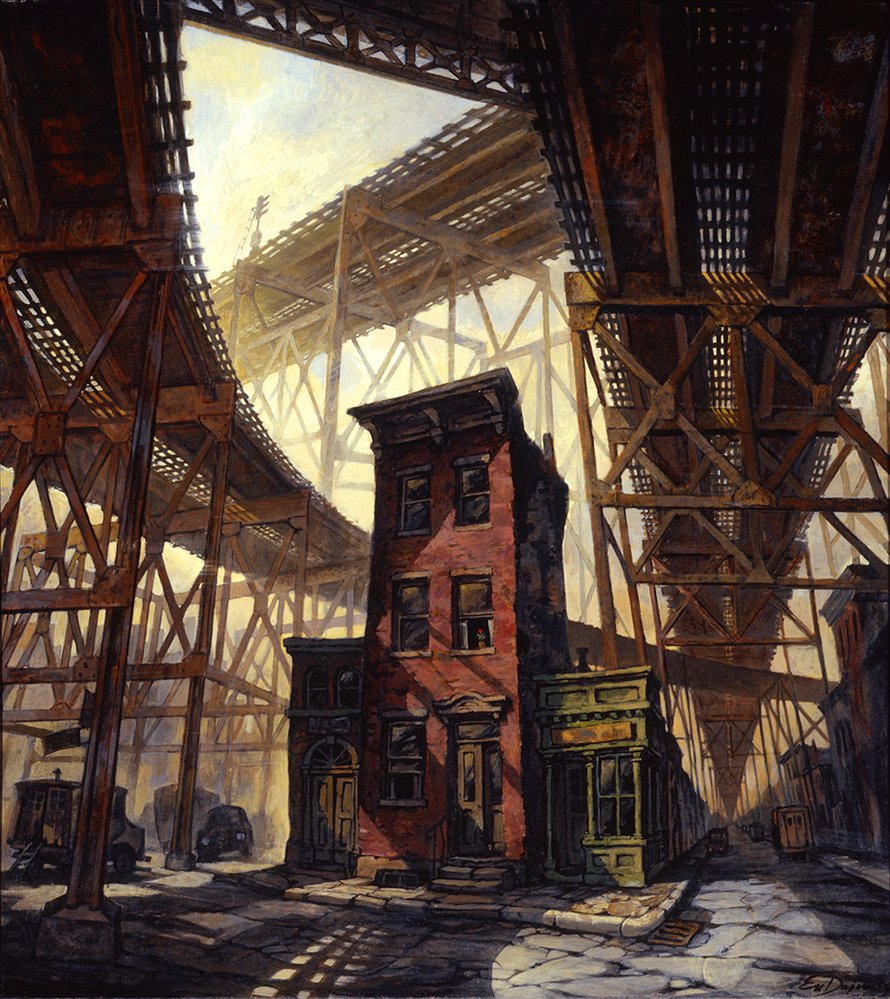 New York’s elevated subway tracks cast a spell on my father. The tracks of subway lines criss-crossing neighborhoods were powerful visual inspiration for him. He carefully studied the vast system of elevated tracks in New York’s outer boroughs of Queens, Brooklyn and the Bronx. He would spend weeks documenting, surveying and drawing the superstructures of trestles and tracks. He ended up focusing on Queensboro Plaza in Long Island City, a major connection point for several subway lines. My father also found the perspective views leading to vanishing points under many tracks a fascinating subject for exploration. He found the view under the tracks along Brooklyn’s Broadway, after the subway crosses the Williamsburg Bridge, especially fascinating. That particular view was incorporated into this painting. The trucks parked in lots under the tracks that rise above Northern Boulevard in Queens were another characteristic urban element that he wanted to weave into this painting. To him, this was the iconic New York scene. Finally, the potted red flower sitting in the window of the walk-up apartment house was quintessential Dajevskis. He was always sensitive to portraying signs of human life within overwhelming structures, such as the mass of steel and concrete seen here. Painting this work was a challenge for my dad because of the many details of the tracks that had to be captured. New York El took a year of work before my dad was satisfied with it. 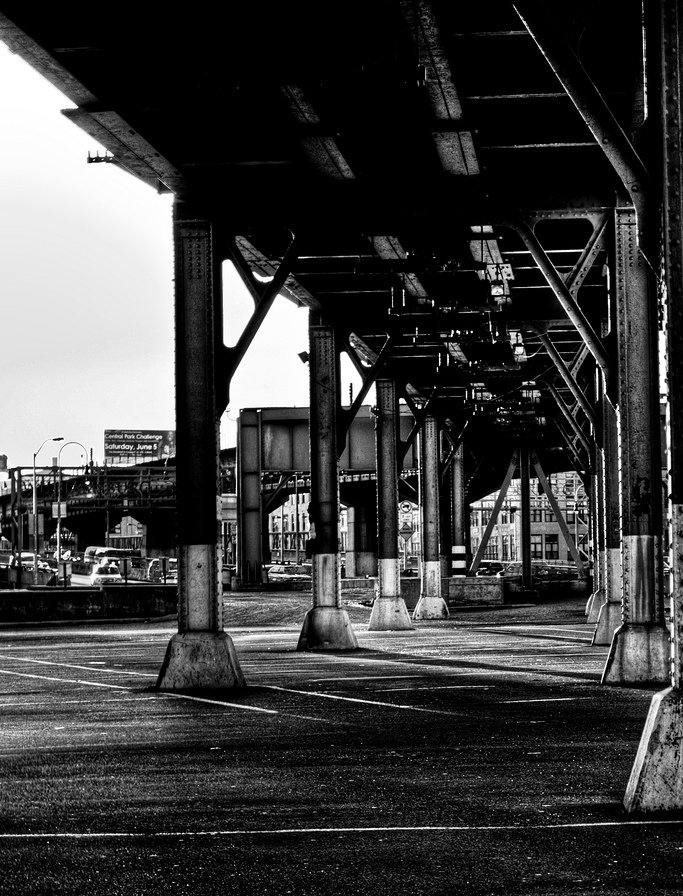