Some of my father's fantastical works were created in response to the remarkable real-life places he visited. One such real-life place was the old Fulton Fish Market on the waterfront of lower Manhattan, when it was located under the East River Drive. My father found the wholesale fish market entertaining and colorful. After visiting the market early one morning as the catch was being delivered, he decided he would interpret this famous New York landmark. After seeing the vast rows of crated fish piled high in ice by vendors, he began to visualize what the market might look like if the fish were to stage a revolution and seek liberation from the market. The Fulton Fish Market then was close to the delightful historic buildings of Schermerhorn Row and my father decided to place the “revolution” against this interesting visual backdrop. In this painting, the city becomes a kind of stage set for his imagination, where familiar places are the location for new fables. 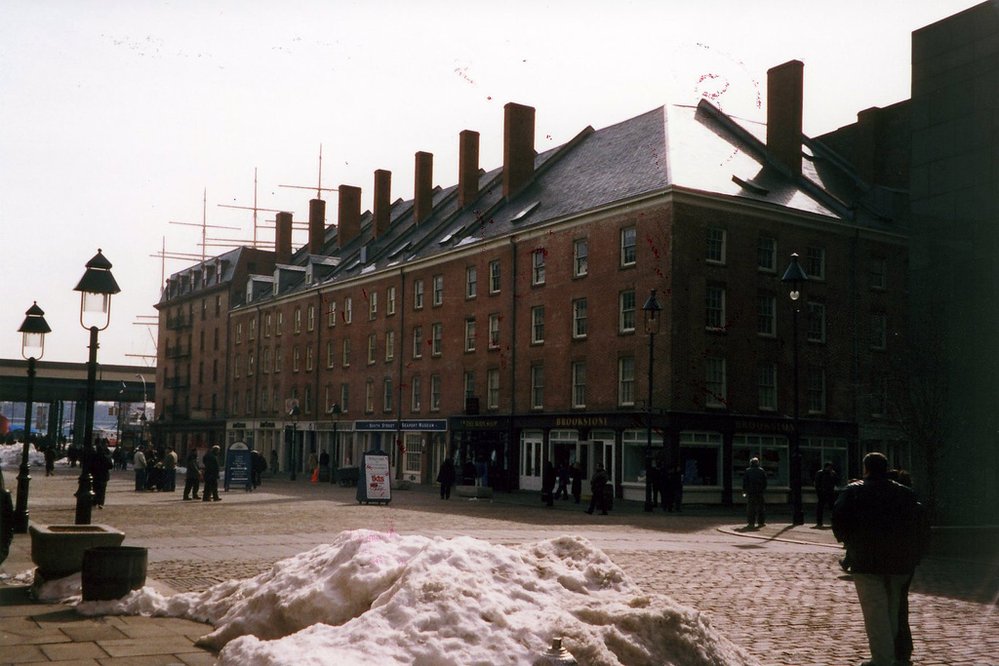