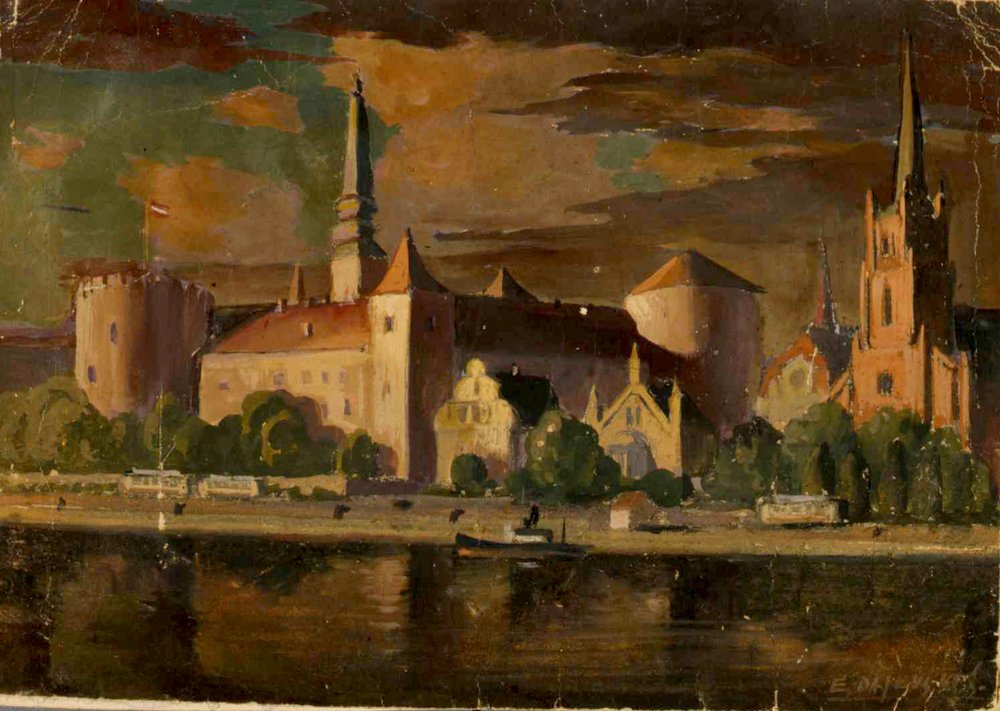 This outdoor study of the Castle of Riga was painted by my father at age 24 when he was a young artist living in Riga during the country’s independence period. The castle dates back to 1330, when construction of the building began on the banks of the Daugava River. In 1922 Riga Castle became the residence of the President of the Republic of Latvia. After the collapse of the Soviet Union, the Castle again became the official residence of the President. The southern part of the castle houses the Museum of History of Latvia. Reflecting over 600 years of turbulent history, the Castle was painted by my father on a number of occasions while living in the United States. 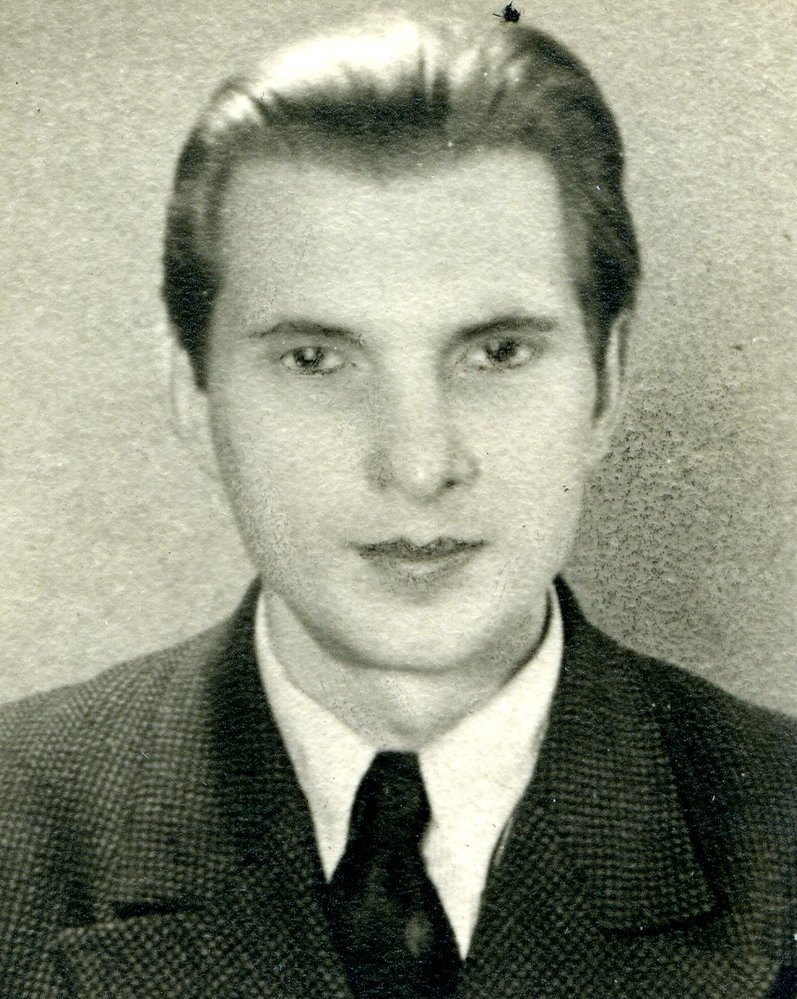 Portrait of the artist as a young man, mid-1930s.
next stop