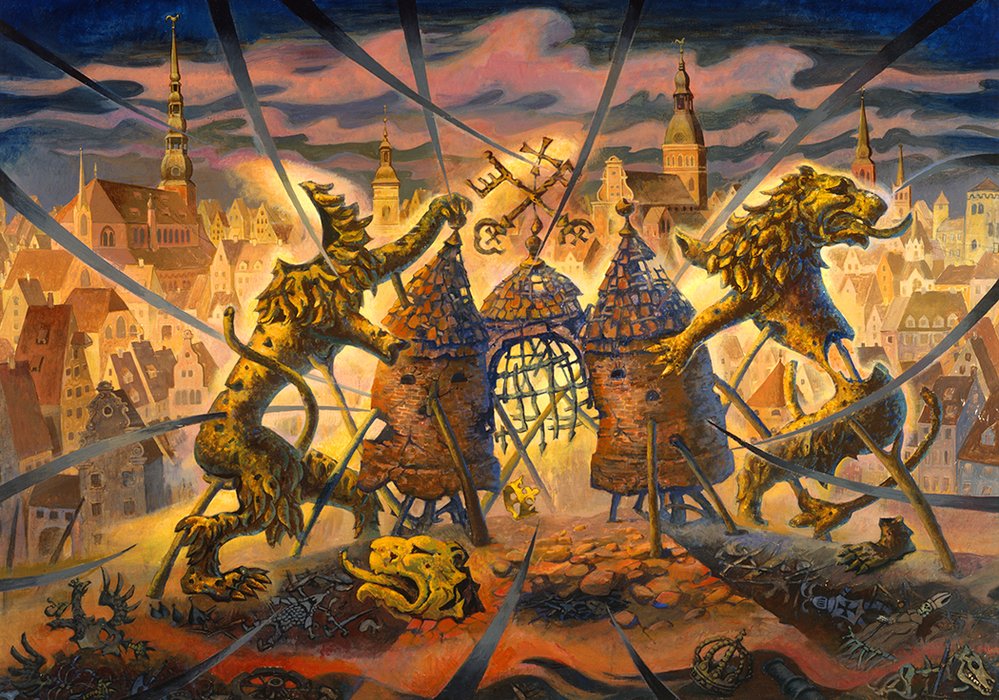 In 1988, my dad was invited to Riga to attend the opening of an exhibition of his set designs for the theater in Germany and the United States. Held at the Smilgu Theater Museum in Riga, the opening marked his return to the city and to Latvia after 54 years living abroad. The Old Gates is my dad’s response to the deterioration of the city he observed during his visit. Upon returning to New York, he painted this picture, which depicts sabers and blades tearing apart Riga's coat of arms. The coat of arms has become subject to the same decay as the city: the towers are delapidated, the gate mangled. Completed in 1988, the painting was one of his last works before he became terminally ill with cancer. During the last year of his life, he launched a personal campaign to inform friends and colleagues of the impact that the Soviet occupation had had on the city’s historic buildings. The painting is probably my father’s most political work, as it addressed the era of occupation that directly changed his life and those of his countrymen forever. Unfortunately, my dad would never witness the remarkable reconstruction of Riga after Latvia regained independence in 1991. 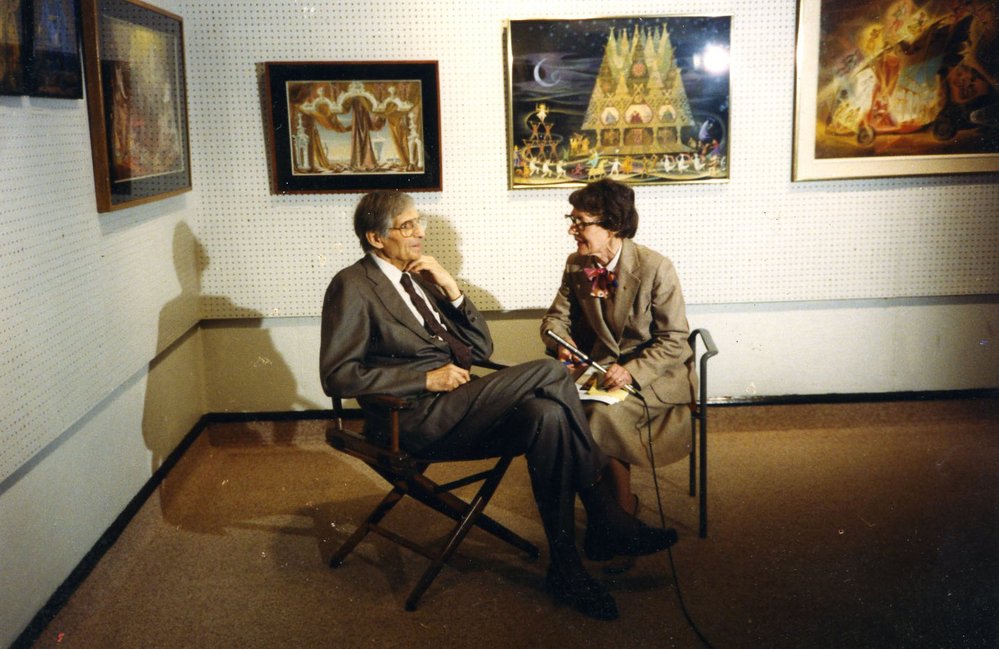 My father being interviewed by Eleonora Sturms at an opening of his work, April 1990.