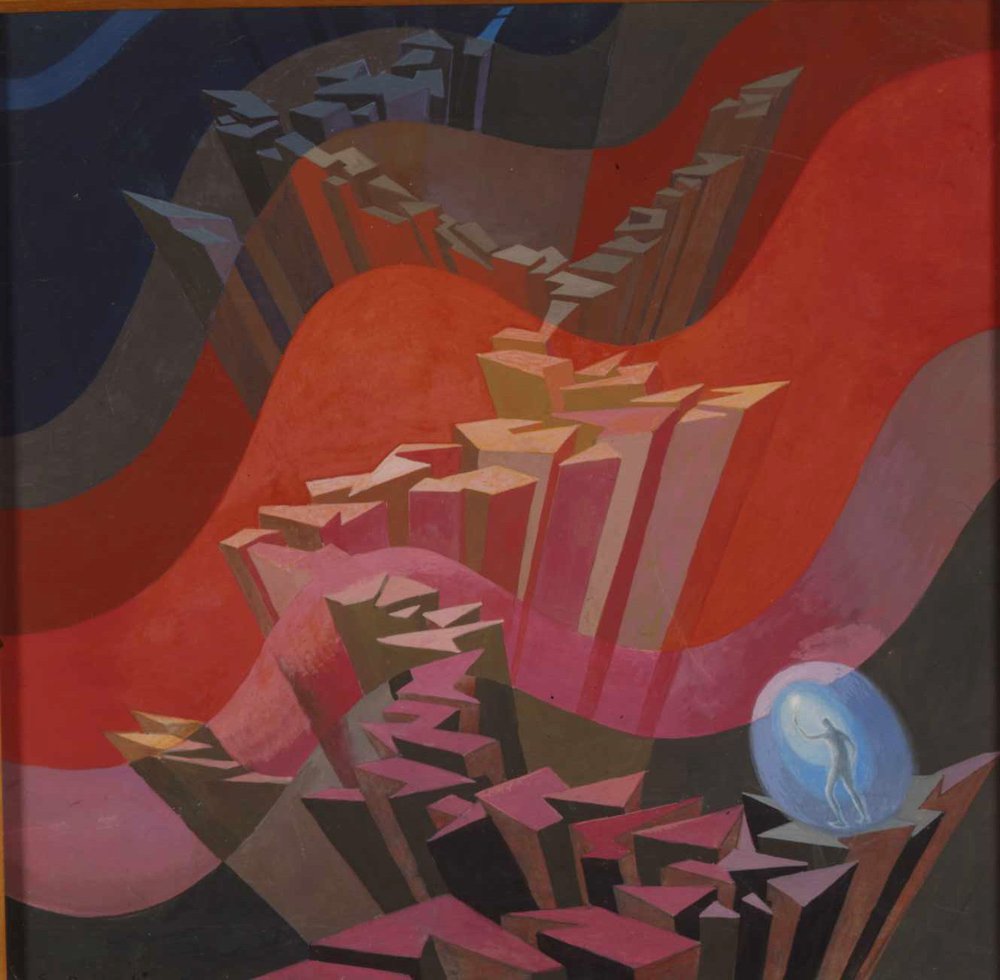 In this painting, my father portrays the long, difficult and ambiguous path ahead for the traveler. With a torch in hand, the figure in the painting reflects the uncertainty my father and mother were facing, along with thousands of other refugees, in the years after the war ended. By 1949, some Latvians were beginning to consider immigration to the United States. It was a time of doubt and debate about what direction to follow. It was unclear as to where one’s family would end up. Invitations to immigrate were being received by some of my father’s friends through channels of the International Refugee Organization (IRO). Some close colleagues were able to find sponsors who would arrange jobs for them in the United States and Canada. As enacted by U.S. Congress under the Displaced Persons Act of 1948, only a limited number of immigrants were accepted for work in 1949. A vast majority of the postwar displaced were still in a quandary about what their options could be.

It is interesting to note that my father’s style of painting began to change considerably at this time. He took a more stylized approach to characterize the unfamiliar environment he would be traveling through, eventually. It would take another two years before he, my mother and I would actually start along the path to a new future in the United States.

Have you been inspired by Salvador Dali and the Surrealists in your work?

Maybe there is an influence, but I don’t think that I have some deeper connection with Dali and Surrealism. Surrealism is closely connected with Freud’s theories of absolute freedom to express one’s subconscious. I don’t believe that my fantasy is defined by the subconscious. I seek my motivation in nature, our folklore, ethnography and often from other artists’ works that I am close to.

Interview question from a 1964 film about Evalds Dajevskis by Viktors Petrašēvics.