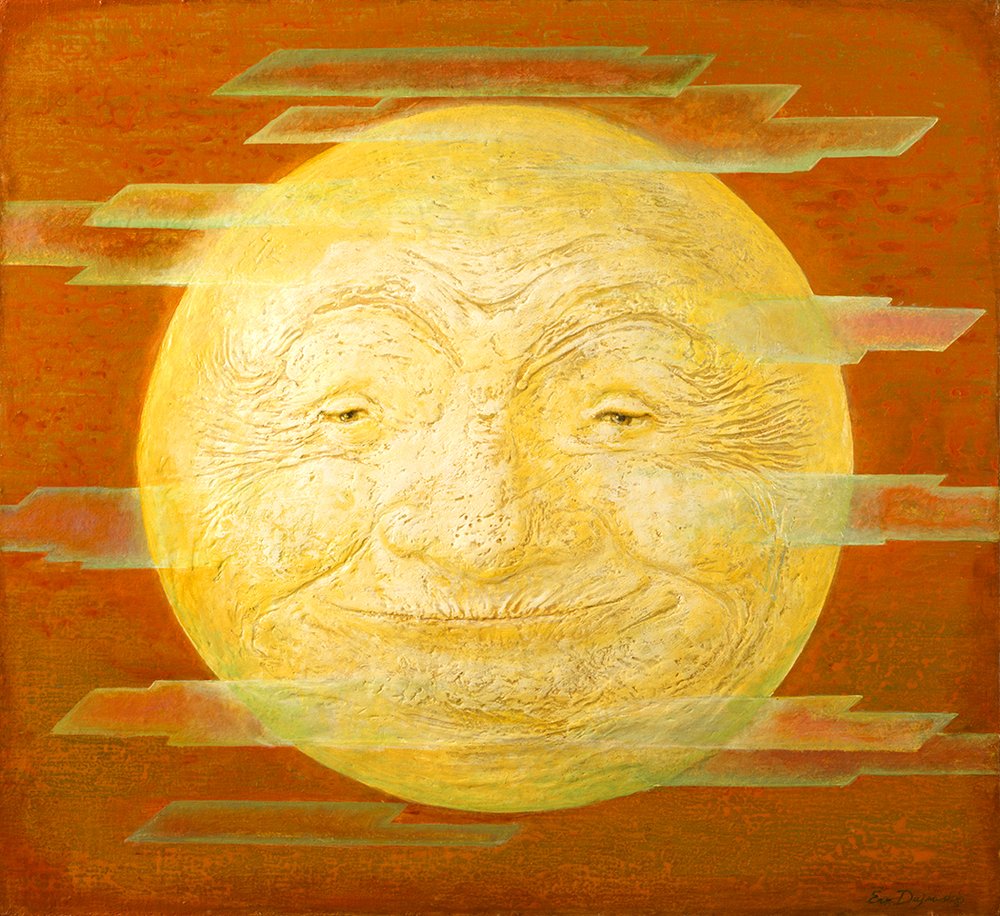 My father documented the world around him throughout his life. Whether he sketched in displaced persons camps or the streets of Riga during the last years of Soviet occupation, he interpreted the times and places he knew after his own unique understanding. My father even connected with places in the universe that were not so immediate to him—such as the moon. During the 1960s, with the space race on and the Apollo program constantly in the news, he began to reflect on the moon’s extraordinary place in human history. He became concerned that the legacy of the moon as known through the ages in legends, stories, music or children's rhymes would be changed forever if man did in fact land on the moon. He felt that the notion of the romantic moon would be gone forever. Silly and sentimental images such as the “man in the moon” would not survive the advances of space exploration. So my father decided that it was time to paint a final “portrait” of the moon as he knew it.

As he thought through the work, he decided that the moon’s spherical form would need more definition if the painting was to be effective. To create the moon's three-dimensional bulge, he built a wood frame into the painting, which he covered with papier-mâché and a plaster mix. Several months after completing the painting, my father was unhappy with the way it looked. He disappeared in his studio for several days, to emerge with the portrait in orange tones you see. The painting had had blue- and rosy-colored tones—which could be revealed if an X-ray were taken. Family members were shocked by the “liberties” he had taken. Everyone had become fond of the original portrait. My father insisted, however, that this being the moon’s final portrait, he needed to show more strength and vibrancy in the kind, but wrinkled-up face of the aged moon. He wanted this portrait to make us feel good about the moon we all knew so well, especially given what was about to happen with the Apollo 11 landing.