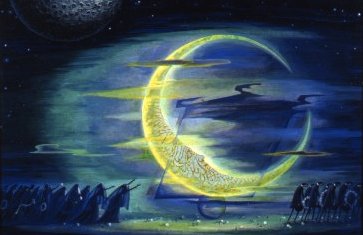 In July 1969, as Neil Armstrong set foot on the moon and the world was rejoicing, my father was making preparations to paint the funeral of the romantic moon. From his perspective, the romantic moon no longer existed. It had been replaced by the moon of the Space Age, whose craters were now being explored and whose rocks were being brought back to Earth. In a series of paintings, he portrayed funeral processions paying respects to a moon familiar from an earlier time. The Funeral of the Romantic Moon, with allusions to figures from Greek tragedy among the grieving mourners, was probably the culmination of that series. He explored the funeral theme in at least four or five works. The paintings were met by the public with great interest and they sold instantly. My father could have created an assembly line of paintings on this theme, given the number of phone calls that came in to his studio asking about them. He had clearly struck a nerve with certain audiences that shared his feelings about the Apollo flight. With this series, my father felt that final respects had been paid and it was time to move on. The Space Age was moving forward. 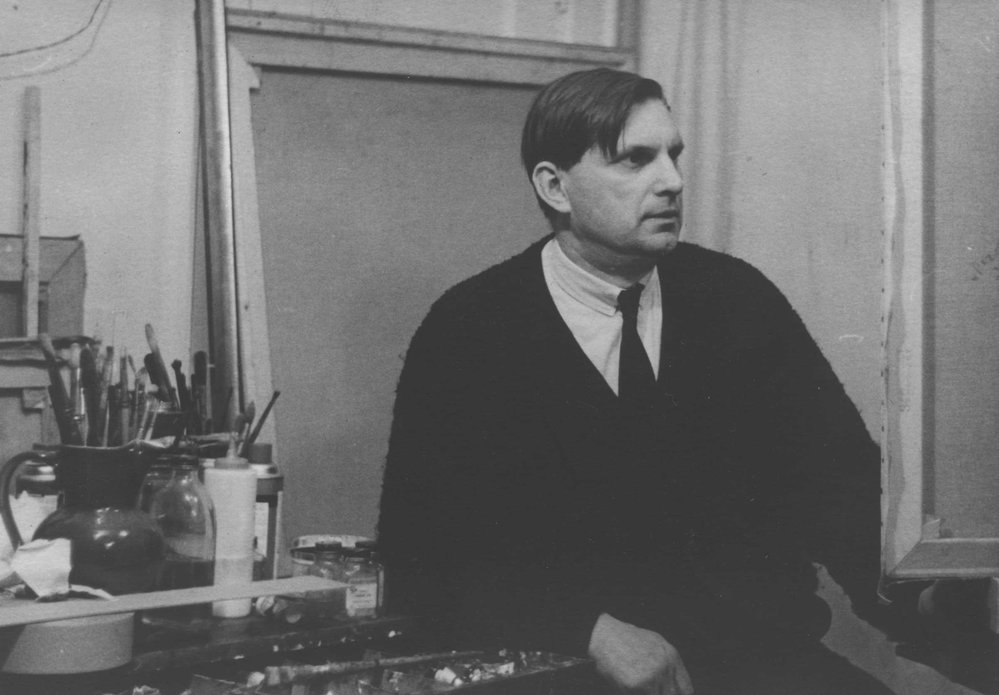 My father at his studio in Flushing, New York, mid-1960s.
next stop