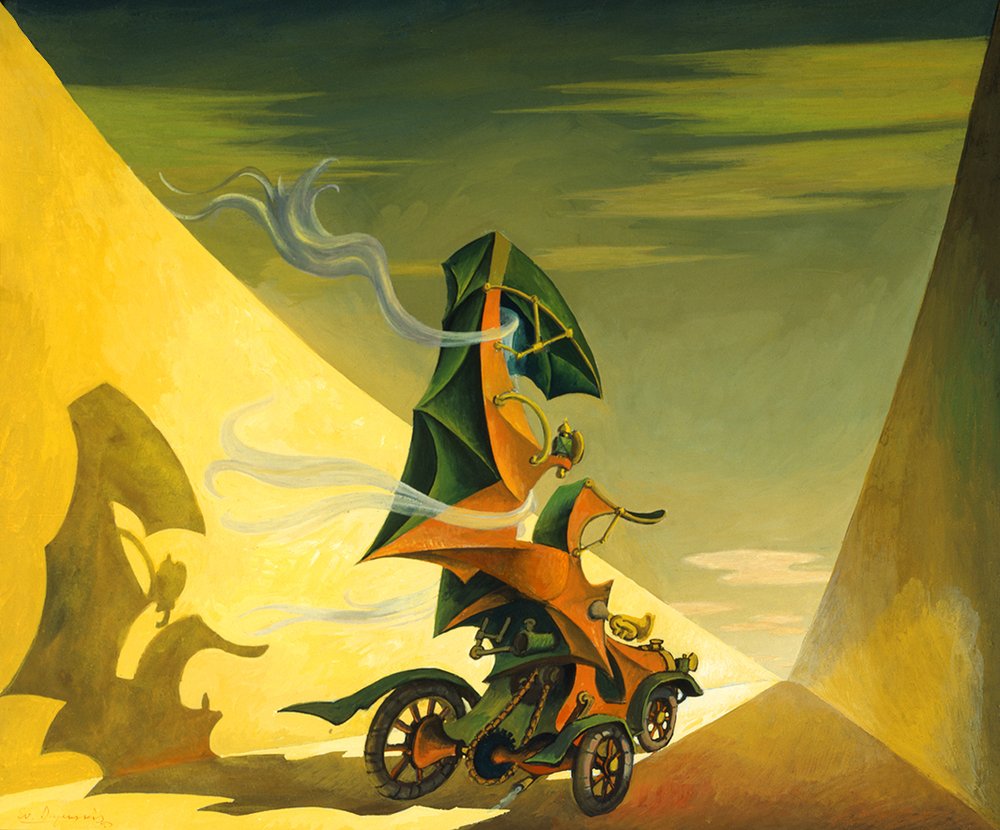 My father never learned to drive. It was of no interest to him. He had better things to do.  In a city like New York, one could get around conveniently via the vast subway system.  Moreover, the subway allowed him to sketch as he traveled. My father always had a pencil in his pocket and a notepad or old envelope in hand, ready for a new idea. When he needed to travel beyond the reach of a train, he simply turned to my mother or me to get him to an artist’s supply store or an out-of-town scenery studio. He was not interested in streamlined automobile design and would joke that the classic black London cab was the best-designed vehicle ever made, because it “really served the basic human comforts.”  He would tease that the large horse-drawn carriages from the turn of the century were probably more comfortable than modern car designs. My father’s personal feelings about the automobile are expressed in The Ride. This was his preferred vehicle: modeled after 19th-century carriages and powered by a simple drive chain and gear. Ironically, this Romantic era-inspired vehicle is traveling down a futuristic roadway of tomorrow. My father saw himself sitting comfortably in the back seat of this car, looking out at the superhighway, perfectly content to putter along at a snail’s pace.