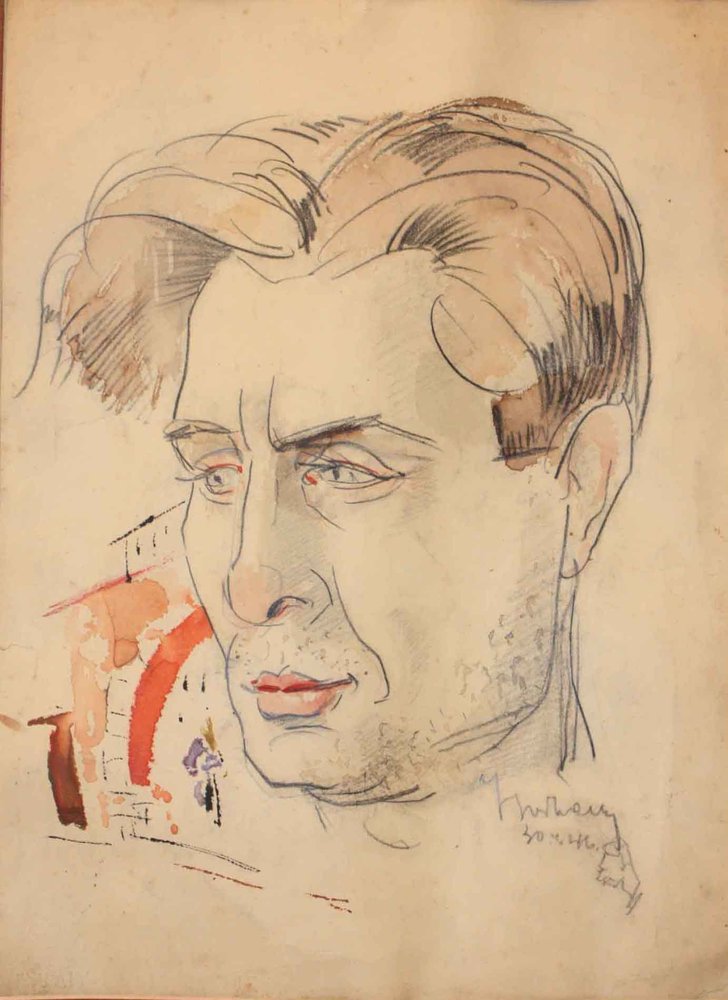 Juris Soikans painted this portrait of Evalds Dajevskis, my father, during rehearsals of William Shakespeare’s Twelfth Night by the Latvian Theater Company of Meerbeck, Germany. The arch in the background is a detail from my father's design for Act 3. I have always found this moment in my dad’s life story to be remarkable, not just because he was producing The Bard’s play in a postwar displaced persons camp. Less than a year earlier, my father had been incarcerated in a forced labor camp in Germany’s eastern province of Pomerania. His condition from living outdoors during the brutal winter of 1944-45, nearly starving, is still visible here.