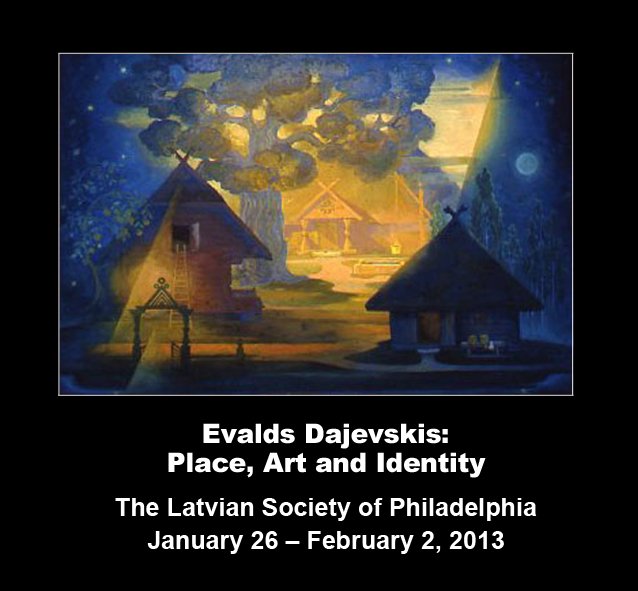 Evalds Dajevskis (1914 – 1990) lived between two watershed events of the 20th century: the beginning of World War I in August 1914 and the collapse of the Soviet Union, when Latvia regained its independence. This exhibit explores Evalds Dajevskis’ artistic expression at milestones throughout his life. It also looks at events from 20th-century history that shaped his life and molded his identity, as he worked as a scenographer and easel painter in Latvia, postwar Germany and on Broadway in the United States.

At the same time, this exhibit is a son’s meditation on his father. In this guide, Peter Dajevskis interprets his father’s art, turning it into biography and documentary, iconography and family history.

To learn about a painting, enter its number into the Keypad below. Or start the tour from the beginning, by pressing Explore the Exhibit.

(If viewing on the web, for best results please resize your browser window to a "letter", rather than "landscape" view.)