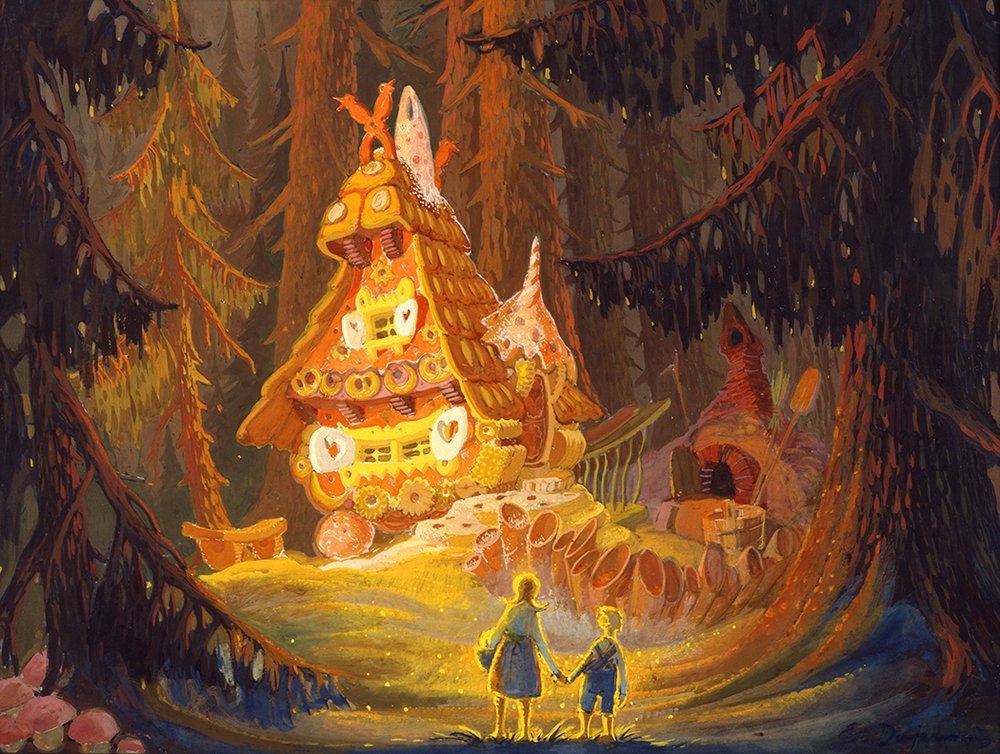 For the Witch’s House scenes in Hansel and Gretel, my father added stylized Latvian building ornaments to the house's rooftop. The forest setting referenced the mature spruce forests of northern Europe my father knew so well. Elements such as these gave the sets the “Old World” character the director of the film, John Paul, was seeking. My father was responsible not only for set design, but also fabrication of many of the sets. He was particularly concerned with quality control and attention to detail, since all parts of the set would be very visible under the lens of the camera. In the New York Times review of the film, critic Bosley Crowther commented:

We would also like to mention that the witch's candy-house, which lives in the mind of this reviewer as one of his most dazzling childhood images, is represented in this picture in all of its recollected lusciousness.

After Hansel and Gretel, my father designed sets for the Myerberg-produced animated film Aladdin and His Wonderful Lamp. Unfortunately that film was never fully realized due to the untimely death of Mr. Myerberg and the subsequent closing of his studio. My father always considered his time at the Myerberg Studio an invaluable first opportunity to work in the world of film, which paved the way for his subsequent work in television and on Broadway.