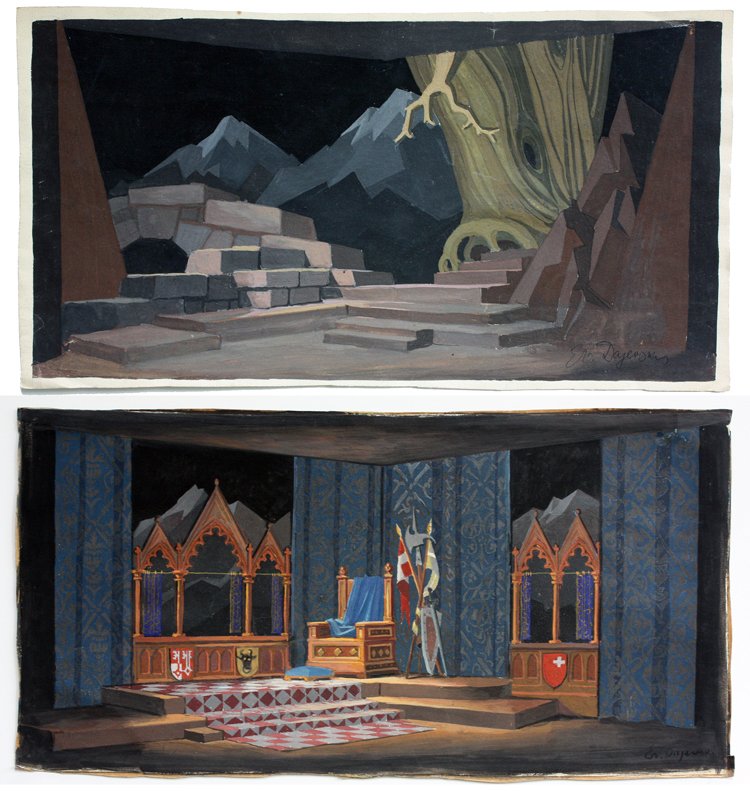 In 1945, professional actors from Latvia’s leading theater companies, the National Theater and Dailes Theater, were stranded as refugees in Germany. The theater director Osvalds Ursteins partnered with Hugo Skrastins, an entrepreneur, to form a traveling theater company in Meerbeck. Aware that Evalds Dajevskis was working in Lubeck painting backdrops for a circus that entertained British military officers, they recruited him to design sets and costumes for the new company. The Latvian Theater of Meerbeck would eventually serve thousands of Latvian refugees living in the displaced persons camps of western Germany. Of the many productions that my father designed, a particularly significant one was Schiller’s William Tell. Set in 13th century Switzerland, the play addresses the arbitrariness of a despot’s demands for inhuman acts, the human quest for liberty and struggle against oppression. During the Second World War, William Tell became an important symbol to the Swiss people as they tried to defend Switzerland's autonomy in the face of Hitler's expansion. William Tell became just as relevant for Latvians in the first days of the Cold War, as the Soviet occupation of Latvia took hold and performances of the play were banned from theaters. 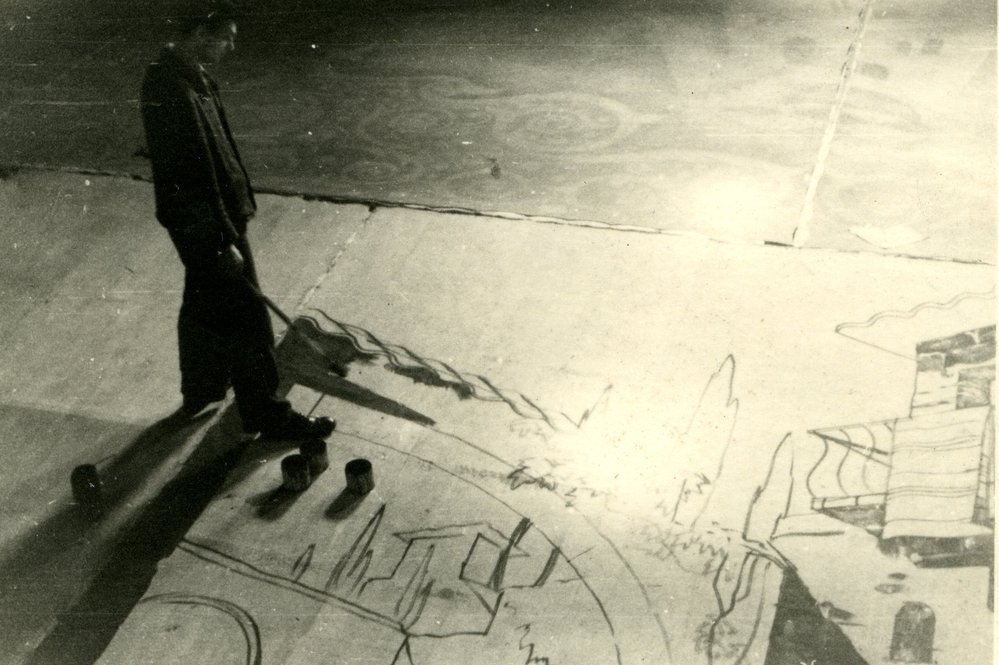 My father paints scenery for a Meerbeck Theater production, late 1940s.
next stop