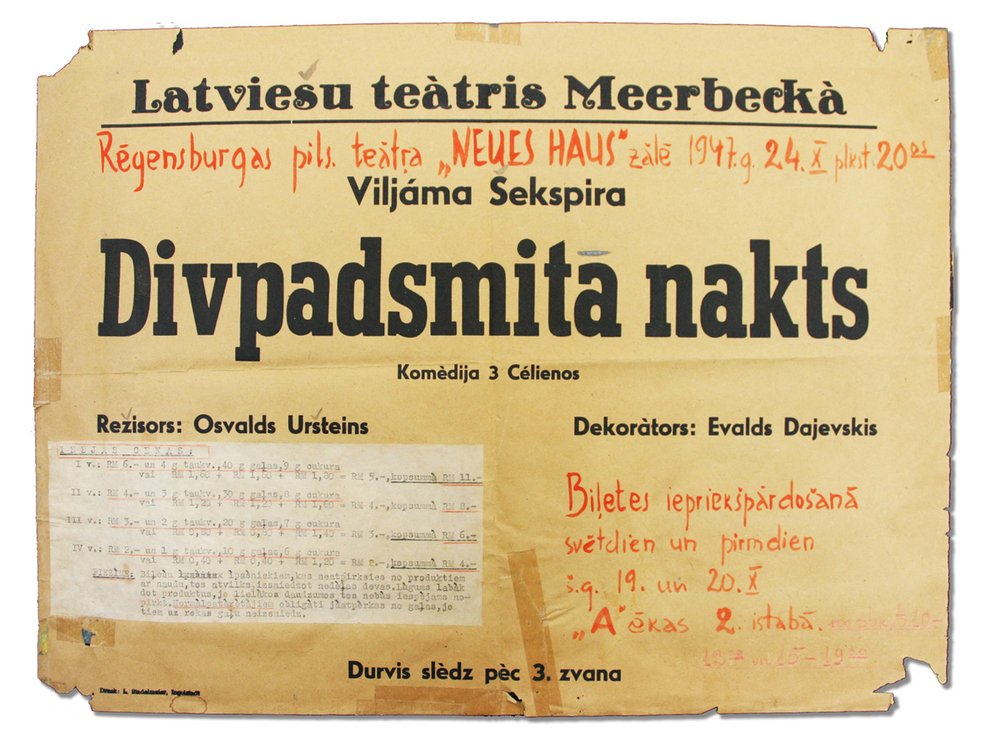 In an autobiographical essay about the traveling Latvian Theater of Meerbeck, my father wrote that “this period was artistic expression in its purest form.” As people did not have currency, bartering was the only way of making a financial transaction. Thus actors and theater production staff were compensated with food rations. Allotments of critical food items, such as sugar, fat and meat, became the currency used to purchase tickets. People would save as much as they could from their allotments to obtain other services or goods. In this original poster for a performance of Twelfth Night (Divpadsmitā nakts), a detailed breakdown of ticket prices is specified in the white box. Different quantities of food are specified in grams, for various types of theater seats. Revenue received in food products was used to “pay” the actors for their performances. On some occasions, when materials were needed for the production of sets and scavenged products could not be found in waste bins, or donations could not be obtained from military sources, food was bartered to purchase paint from suppliers.