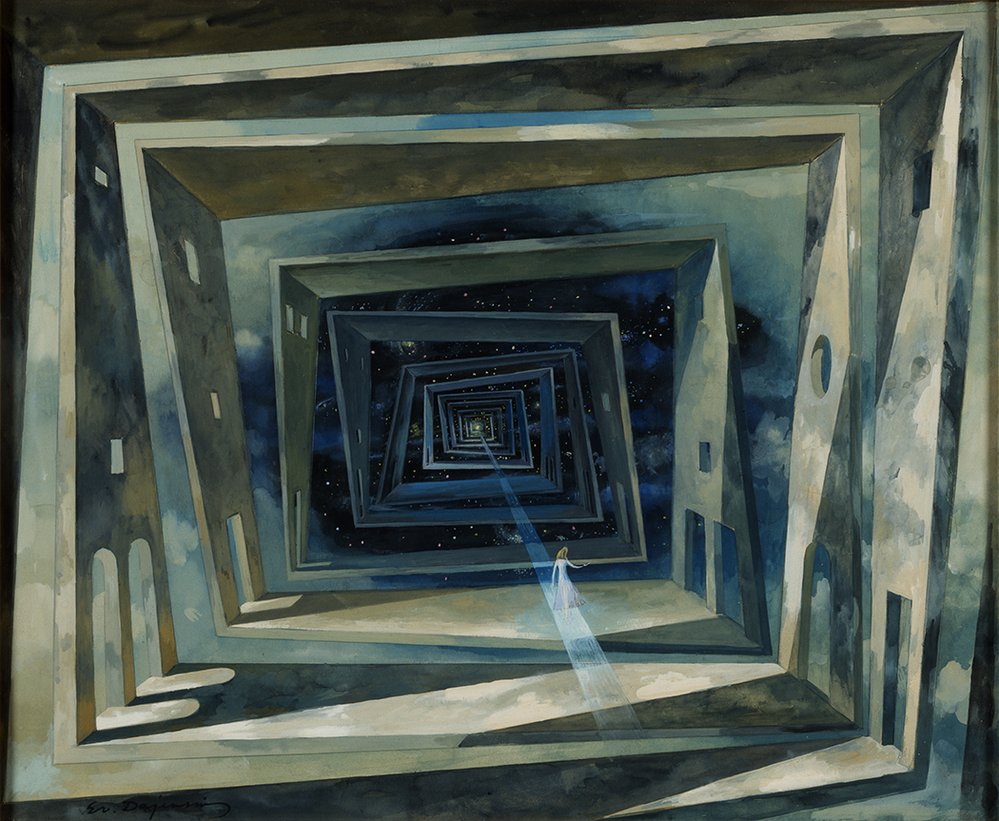 By the mid-1960s my father was working for a number of scenery studios that produced sets for Broadway and Lincoln Center. He felt comfortable living in New York and had made the acquaintance of some of the leading scenographers of the time. He had re-established himself professionally as a scenic artist and was a member of the United Scenic Artists union. He had his own art studio and was able to mount one-man shows on a fairly regular basis. The uncertainties of the late 1940s, as represented in his painting Along the Path (Painting 29), had clearly passed. At this juncture in his life, discovery could again become subject matter for his painting. Although he spent a great deal of his time working on Latvian émigré theater productions, he was also observing the changing world around him. The Space Age was a constant topic of discussion, especially as America competed with the Soviet Union to get to the moon. The unknowns of the universe and the challenges of deep-space travel were of societal interest. With The Calling, my father joined that conversation. He seemed to be intrigued by what lures us to unexplored new places. Survival was no longer a daily concern; we could look outwardly again.